Corrine and Alex knew when they had problems with their 2nd daughter’s health, that the Gosford Family Room was there to help them through this stressful time. They had already been visitors to the Room in 2016 when Stella was only 4 weeks old and had a severe bout of Bronchialitis. She was very ill and they had found that the Family Room and its Volunteers made their stay so much easier.

This time around, their second daughter, Lillian, who was born at 37 weeks, on 6th April, was brought into Emergency at Gosford Hospital in the middle of the night when she started choking and frothing at the mouth. She hadn’t been eating and was generally unwell.

After numerous tests they were able to determine that Lillian has a condition with her kidneys which will need some ongoing treatment and management. The family is hoping that the problem will resolve over time with appropriate care.

When asked if the Family Room was what the family expected, Corrine replied, ‘It was more than what we had expected.  As well as the cups of tea and other snacks, the kindness of the Volunteers was fantastic.’  She added, ‘The shower was fabulous and made me feel human again’.

The family is enjoying the Family Room as a place for dad to come to after working in Newcastle daily and little Stella loves the toys and friendly atmosphere. 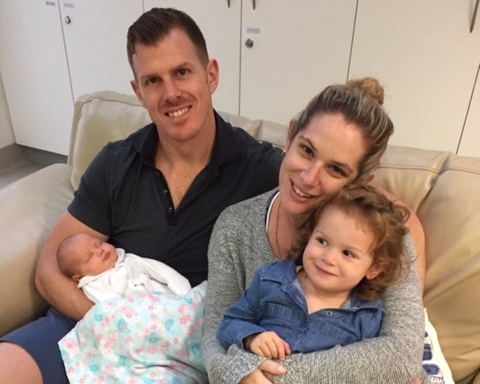