When Kelvina Benny was born in 2013 in Fitzroy Crossing her Mum Hazel had no idea she would be such a fighter.

Little Kelvina was born slightly cross-eyed. This didn’t seem like an alarm bell to Hazel, but was an instant red flag to the nurse during a general check-up.

Fitzroy Crossing is 2,555kms from Perth, and the next 10 hours on the plane were a scary blur.

For Hazel, she had left behind in Fitzroy Crossing her partner Kelvin and two older daughters - all she could do was keep strong for her baby girl.

Once at the Hospital Kelvina was diagnosed with a brain tumor and immediately admitted to the Oncology ward for surgery.

Hazel recalls the exact floor they were taken to in the Hospital, where she was separated from Kelvina and had to painstakingly wait alone for 9 hours.

“We were on level 5A at PMH, Kelvina was in surgery from 8am to 5pm … I had no idea what was going to happen or if she would be OK.” 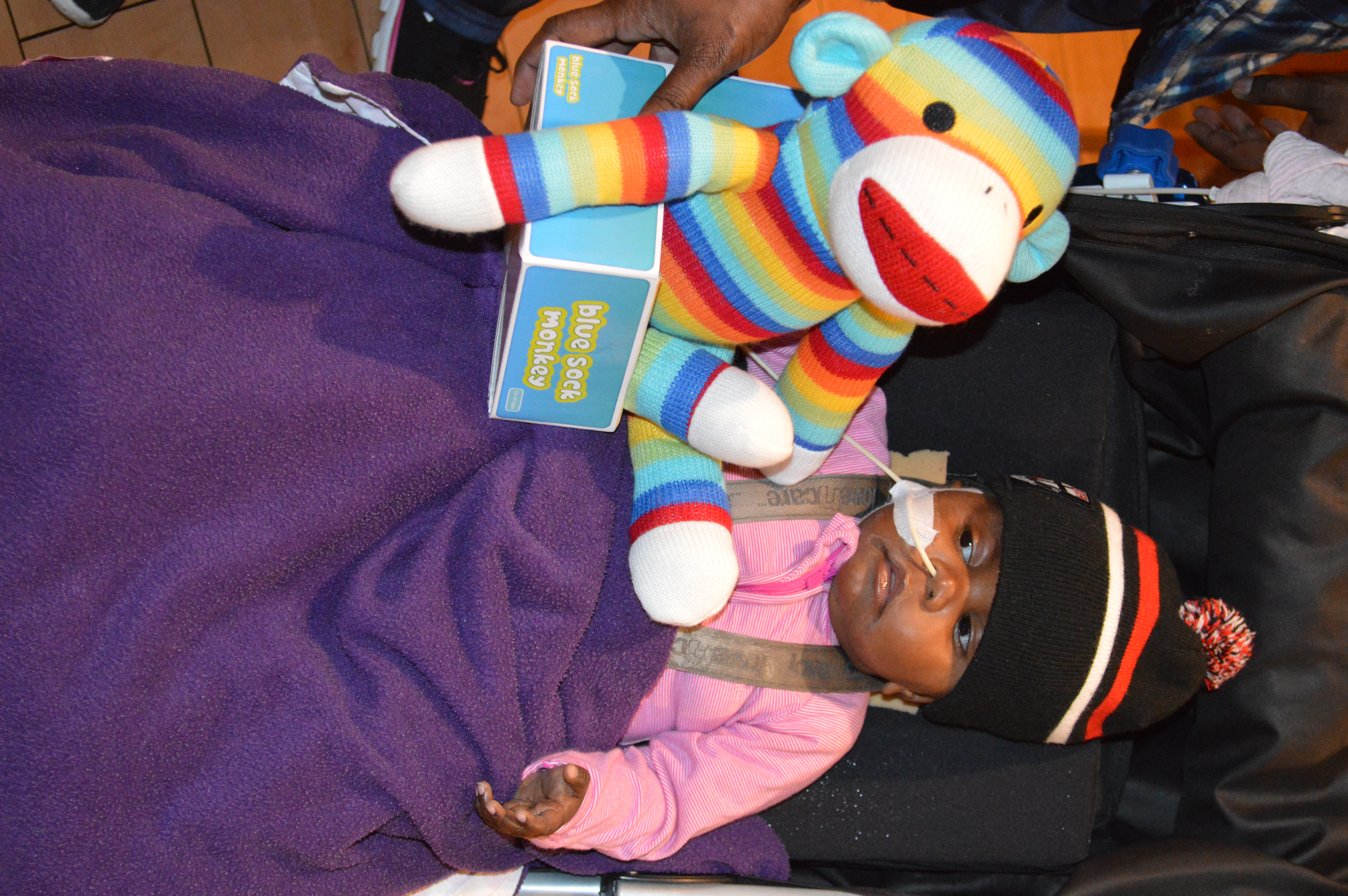 The surgery resulted in almost half of Kelvina’s brain needing to be removed. It was a miracle she survived the surgery and she was immediately taken to ICU.

On the 26th of September 2013, Hazel and Kelvina arrived at Ronald McDonald House Charities Western Australia.

Hazel recalls Kelvina’s 1st birthday that the pair spent at RMHC WA surrounded by staff and other children.

“We had it at the old Ronald McDonald House in Subiaco, and we celebrated with a cup of tea! Everyone came down to the dining hall for it.”

A week after Kelvina’s birthday party, the family were finally able to head back to Fitzroy Crossing for the first time in 12 months.

The two became well-known by RMHC WA staff and families.

“The staff and families knew us really well, they were good to us,” says Hazel.

The strength of Kelvina, now 6, shines through to all who meet her, and it is apparent where she gets it from; Hazel’s energy and toughness is a force to be reckoned with.

Whilst the pair aren’t required to stay for extended periods of time anymore, Kelvina and Hazel are at RMHC WA every 6 months for follow-up appointments; meaning Kelvina will grow up with RMHC WA as her home away from home.